First time I played volleyball as I remembered was in Terengganu.  At that time,  my cousin Din was teaching in SMT. He stayed in an apartment with friends. In the house,  there were a few volleyballs at a corner of the house.  We were happily playing the balls not aware that we were at the top floor,  suddenly the neighbor who lived at the bottom floor came and told that we were disturbing them and it was at night.
Later,  when I represented the state in badminton in 1982, we played volleyball as part of the training.  I felt that I had the talent to play volleyball and it was easy for me to learn how to dig the ball and set the ball. A few of the badminton players were also volleyball players for the school.

That time,  pupils in primary school didn't have volleyball as part of the sports played in school.

During secondary school,  SMACH was my first experience to play volleyball for the school.  When we were in lower secondary,  we won the district volleyball tournament and played for Machang. In form 4, I was no longer a volleyball player. I chose to play hockey,  sepak takraw and left tennis and volleyball to better players although both sports were my games at SMACH since form 1. I also didn't join badminton although I was an ex state player.

When I came back to Kelantan in 2002, I started to train my students in Gaal and I once,  chosen to be a coach for Kelantan MSSM U18 which been played in Kuching.  I also played volleyball for the district team  a few times and I started to play as a setter.  I didn't have enough height to spike the ball.
After  7 years,  today I played again for inter alumni tournament.

Volleyball is another game for me to remember as one of the games that I like most. 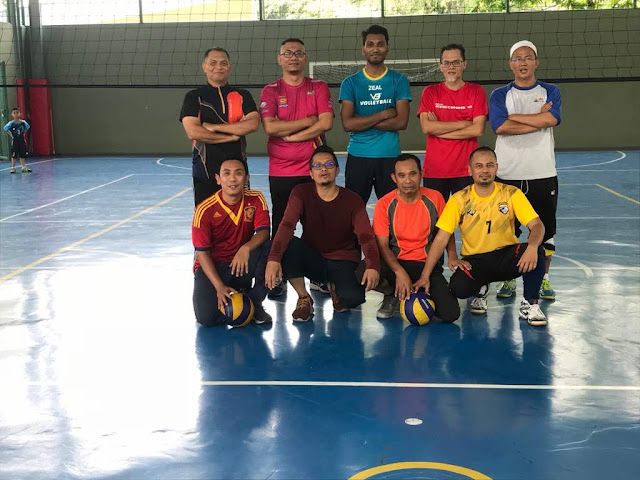 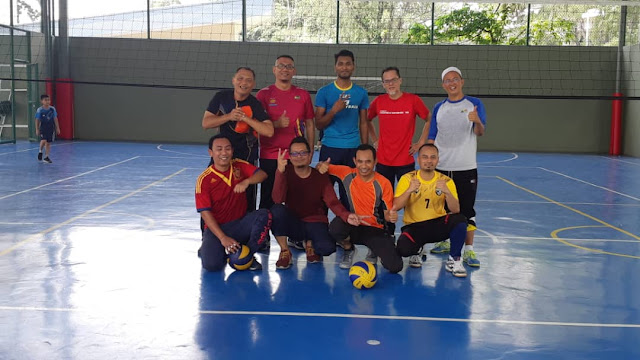 Pakwar
Feel free to help anybody who needs